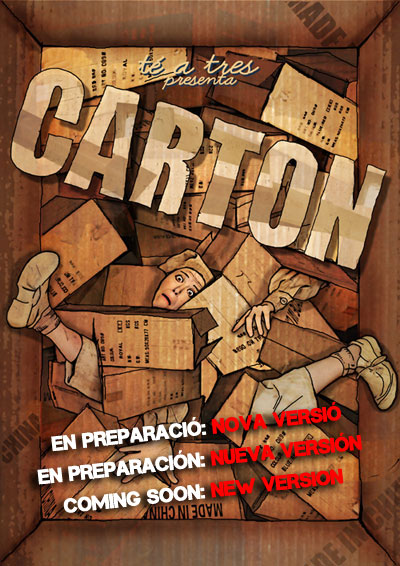 A comical tragedy (or a tragic comedy)
about human exploitation.

This “nobody”, Aina, works and lives, alone and isolated, at the deepest basement of a factory. Her life is controlled by her tasks, her fussy, tyrannical boss, and her absolute solitude.

Come with us and, through the theater skylight, let’s take a look at this basement full of feelings: hopes and frustrations, delights and sorrows, humor and pain, madness and love, stupidity, desire, fury… Uprising!

Carton is a comical tragedy (or a tragic comedy) about human exploitation. 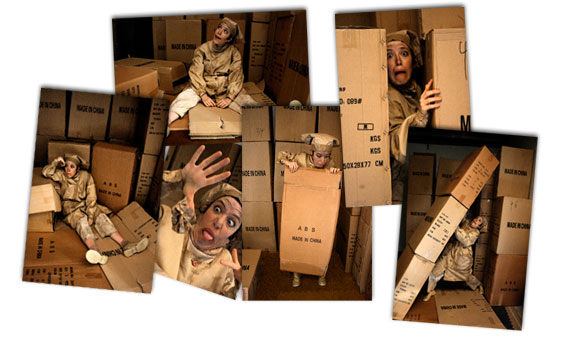 Artistic Cast in the premiere:

– Nobody knows you when you’re down and out, by Bessie Smith. Public domain, arranged by Té a tres.

Atrezzo and Costumes: Té a tres. 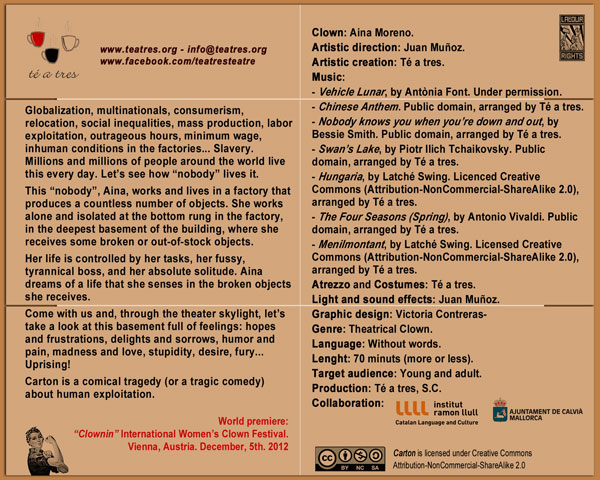