TV or not TV 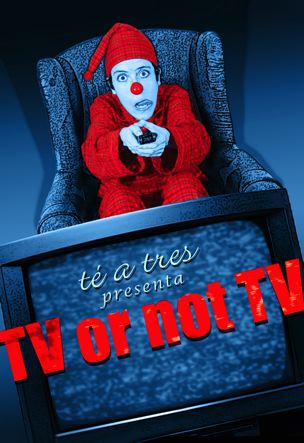 TV or not TV is a theatrical clown show, arranged in chained scenes that represent, through the comedy, the relationship between a clown woman and the TV. The reactions in front of a media that constrains our life and could almost be considered  as a member of the family. This is a work that shows the daily story of love/hate, atraction/repulse, between people and this addictive device, always in the innocent and funny manner (but also wild) of a clown woman.

She sits in an armchair, in front of the TV, switches the power on and… 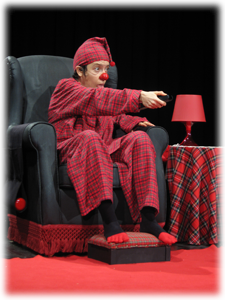 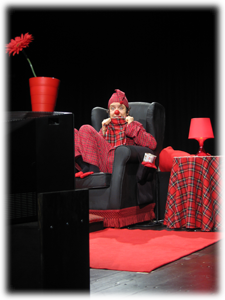 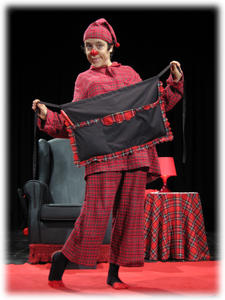 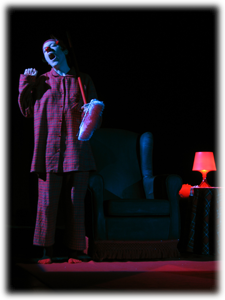 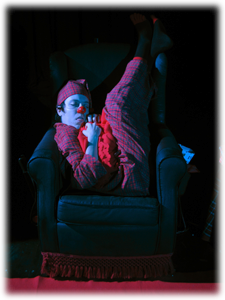